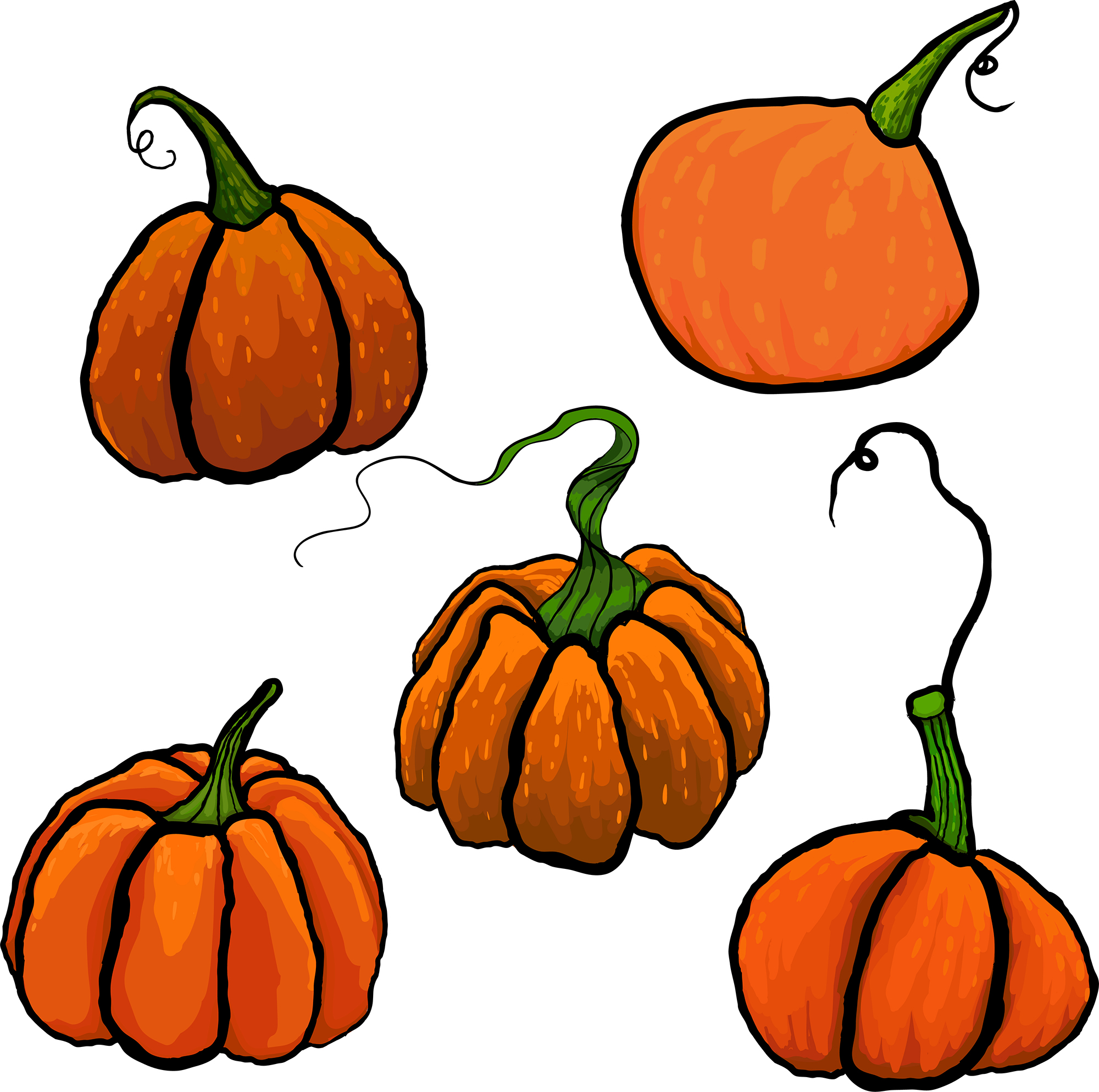 The first one said, "Oh, my it's getting late!"

The second one said, "There are witches in the air."

The third one said, "But we do not care."

Then Woooooo went the wind

And OUT went the lights!

And five little pumpkins rolled out of sight.